This tutorial complements the general tutorial series on using WUDSN IDE with the knowledge to the Atari 2600 Video Computer System (VCS) itself. The purpose of the tutorial is to show interested people the history of the Atari 2600, explain the hardware design decisions and how they impact the way of programming - making programming the Atari 2600 a very unique experience and challenge. And I show and explain examples that illustrate how programmers adopted the limitations and strengths of the machine to create better and better graphics in the course of 30 years. The following picture from The Argyle Sweater nicely brings it to the point. Thanks a lot to Scott Hilburn for the permission to use it.

The following material is available for you:

And here some more impressions from event night at the Digital Retropark on 2016-01-29. Click on the images to enlarge. 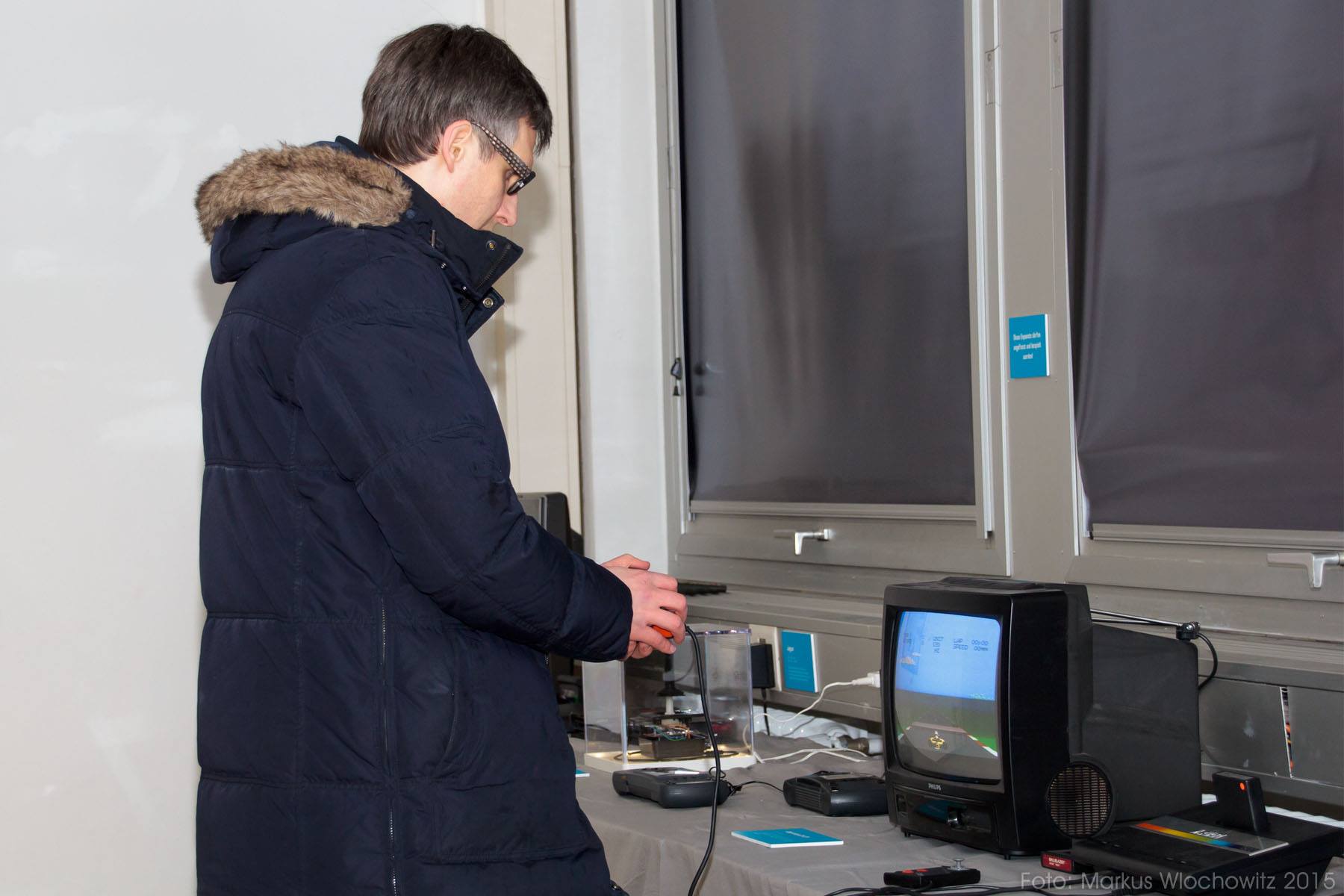 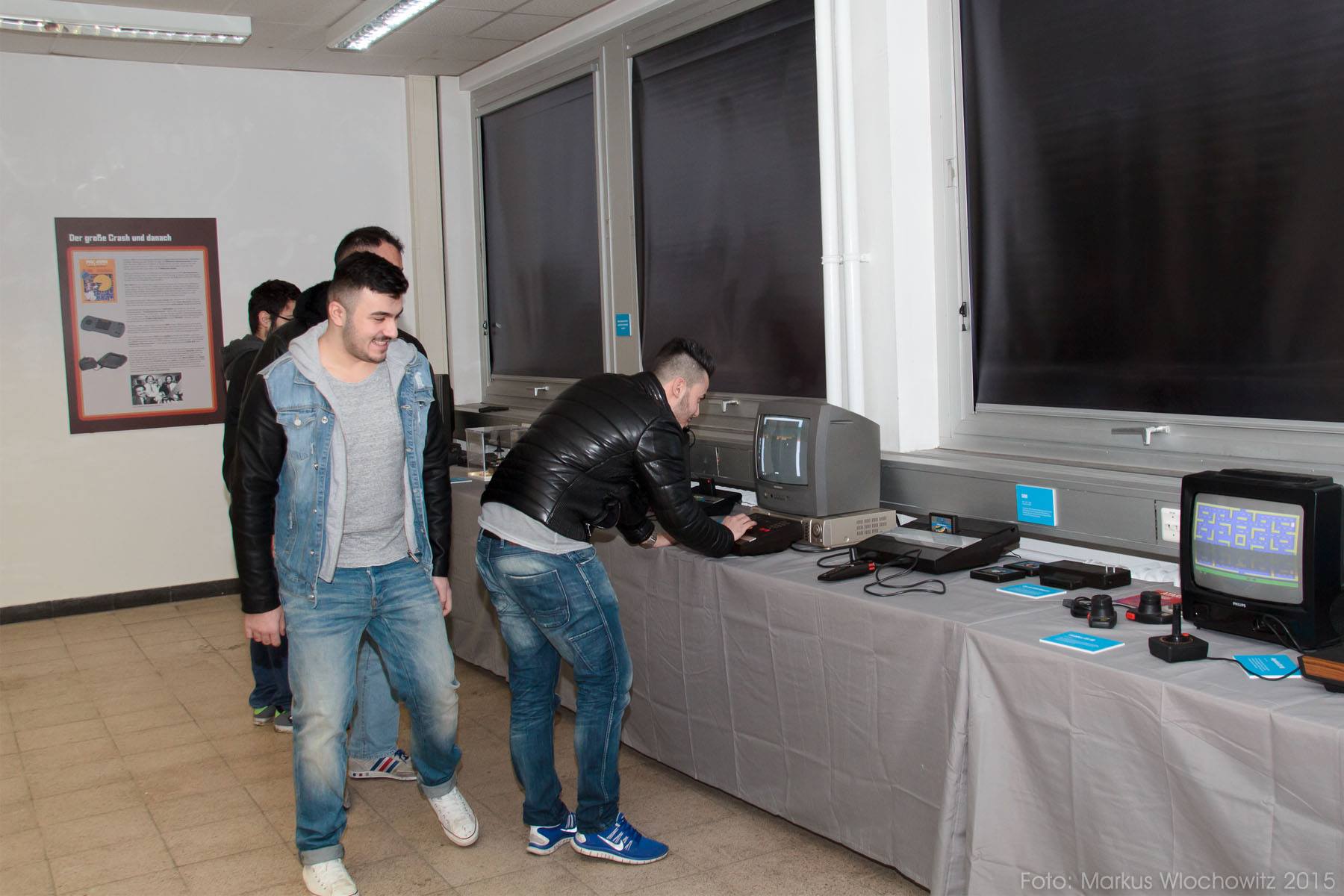 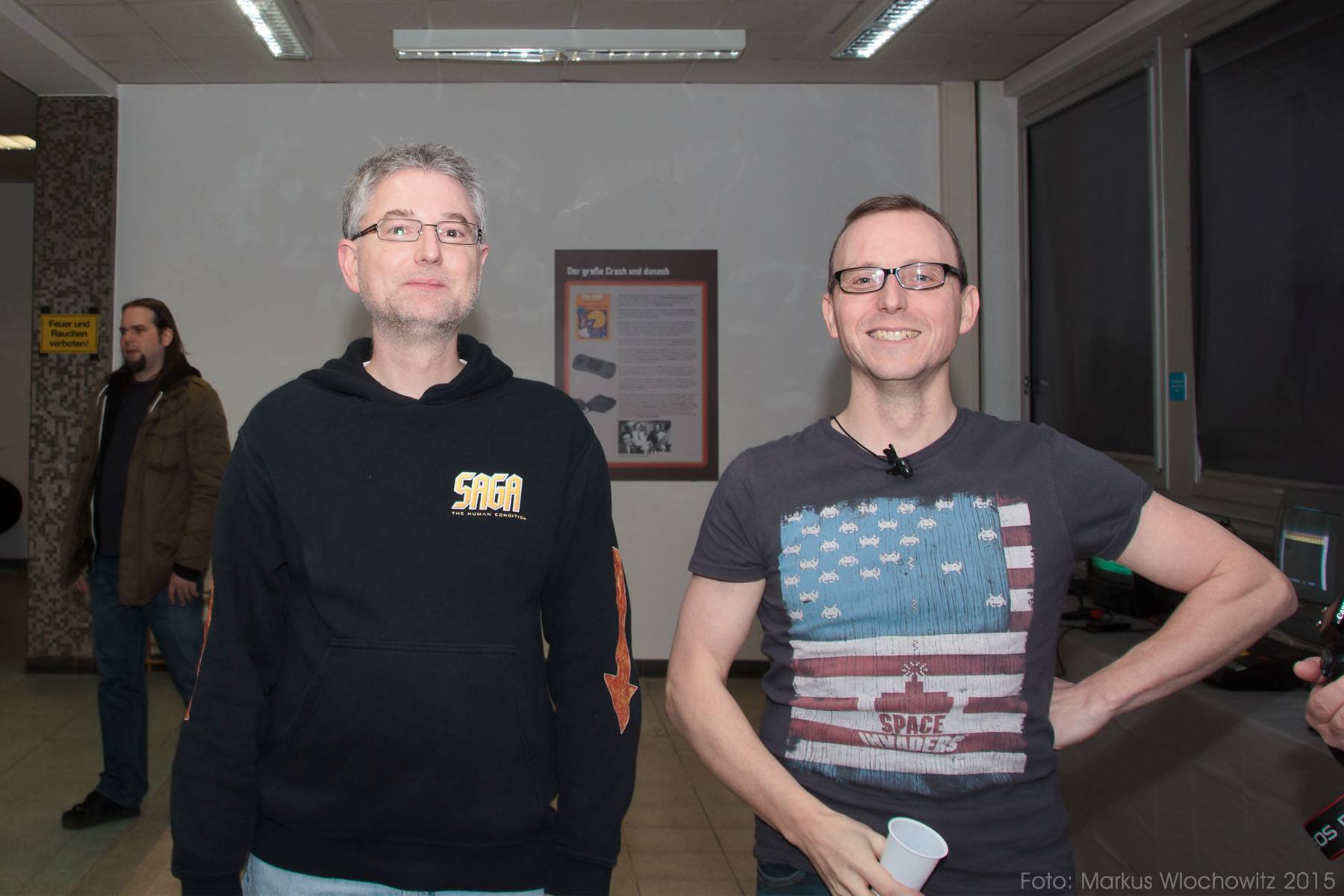 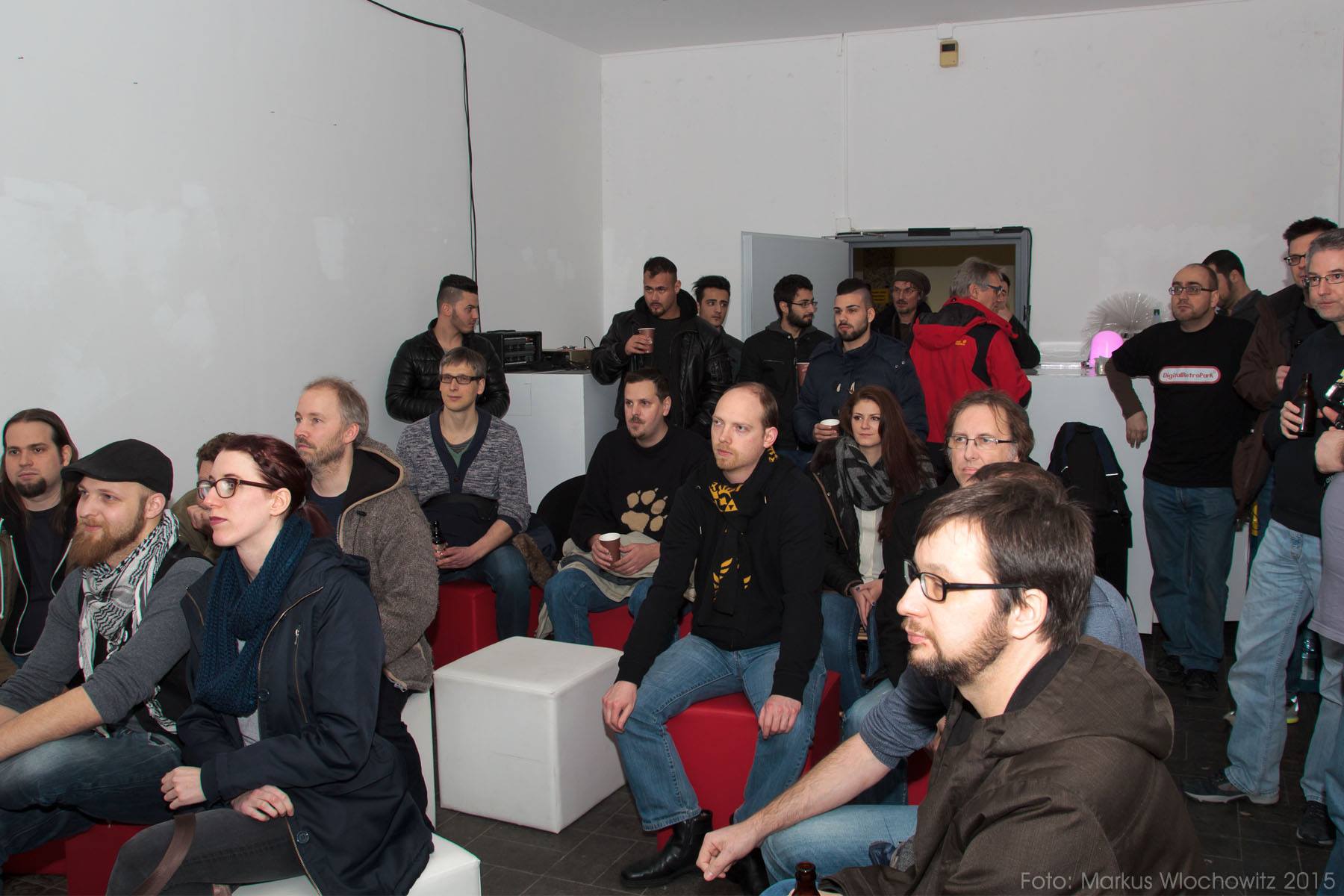 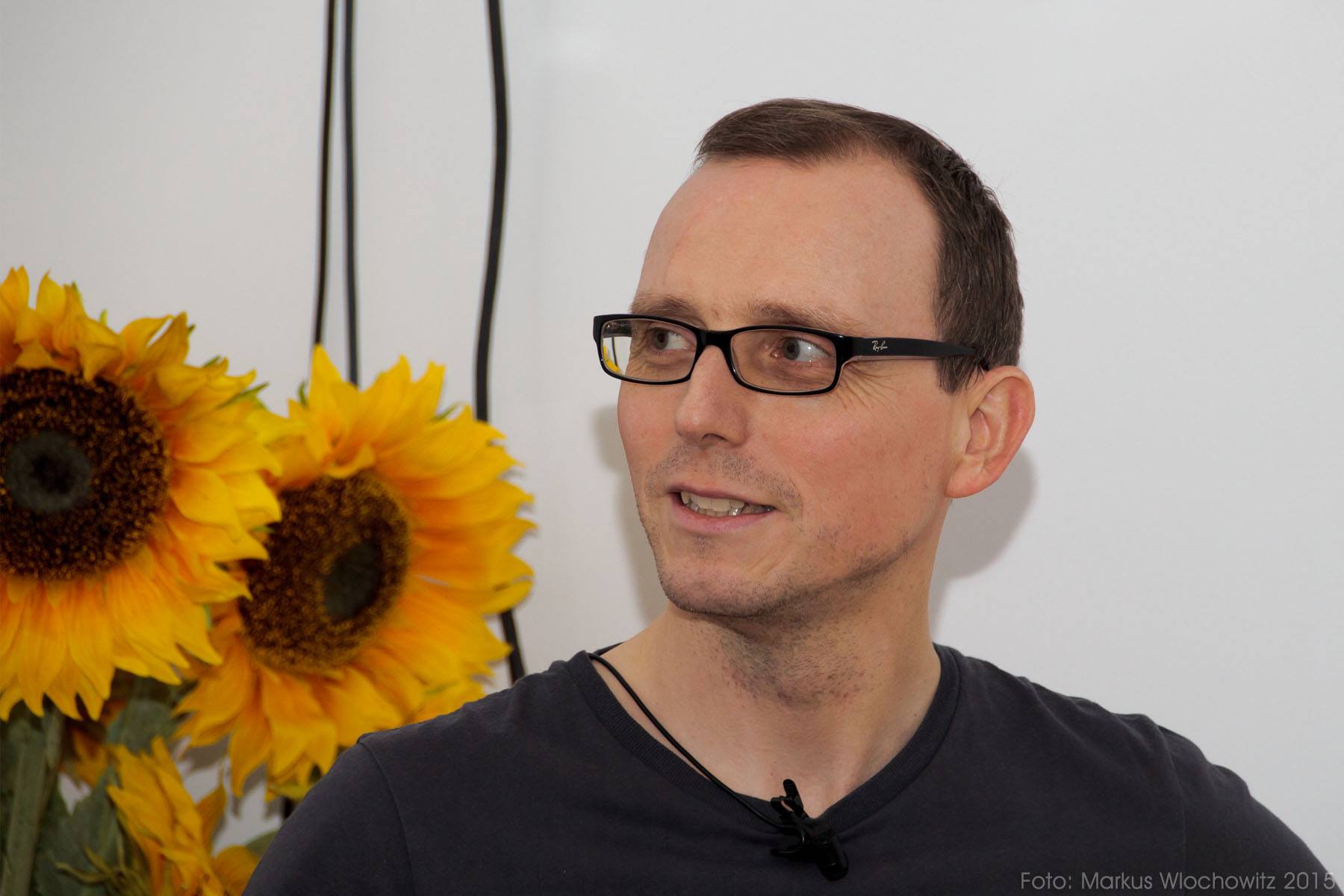 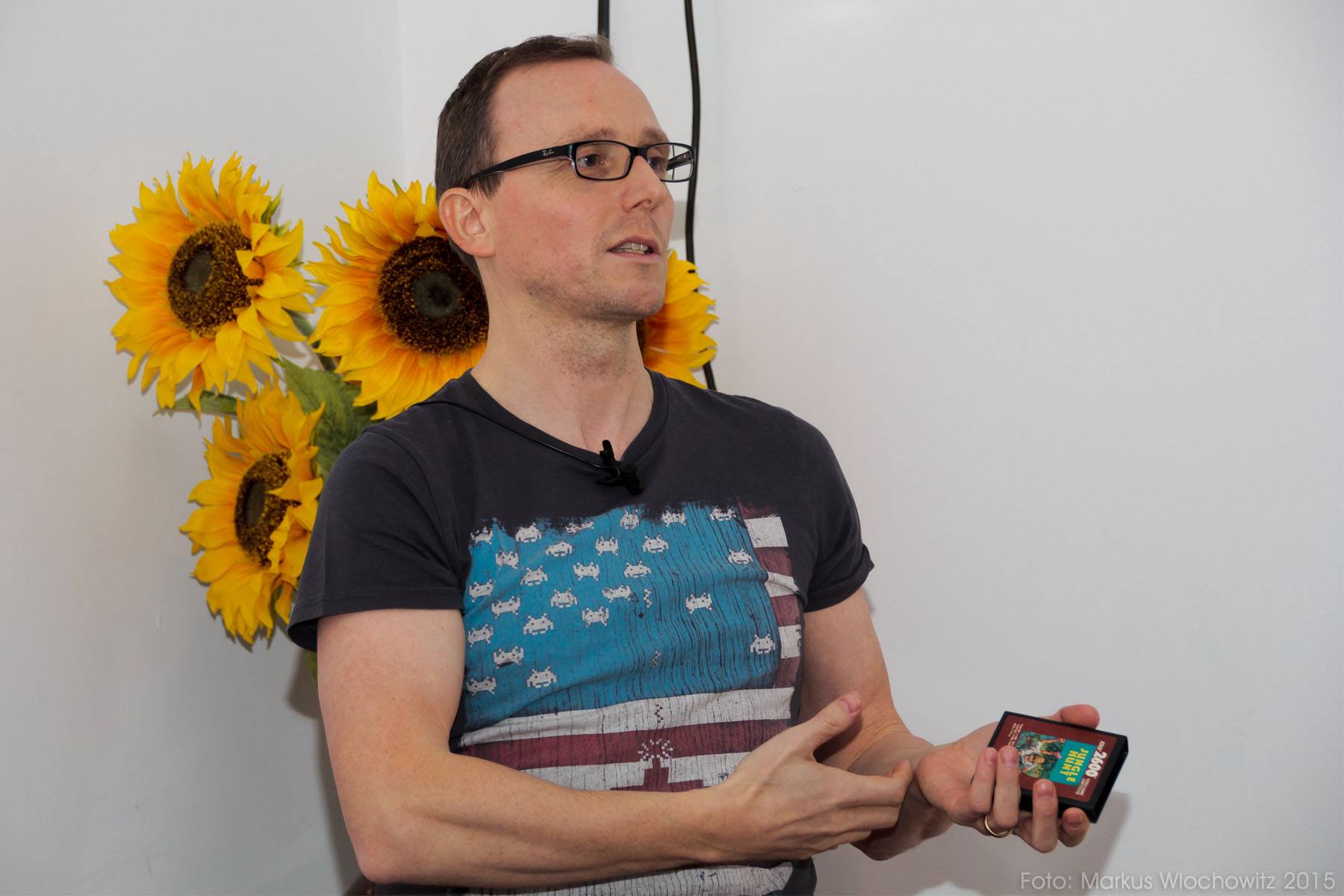 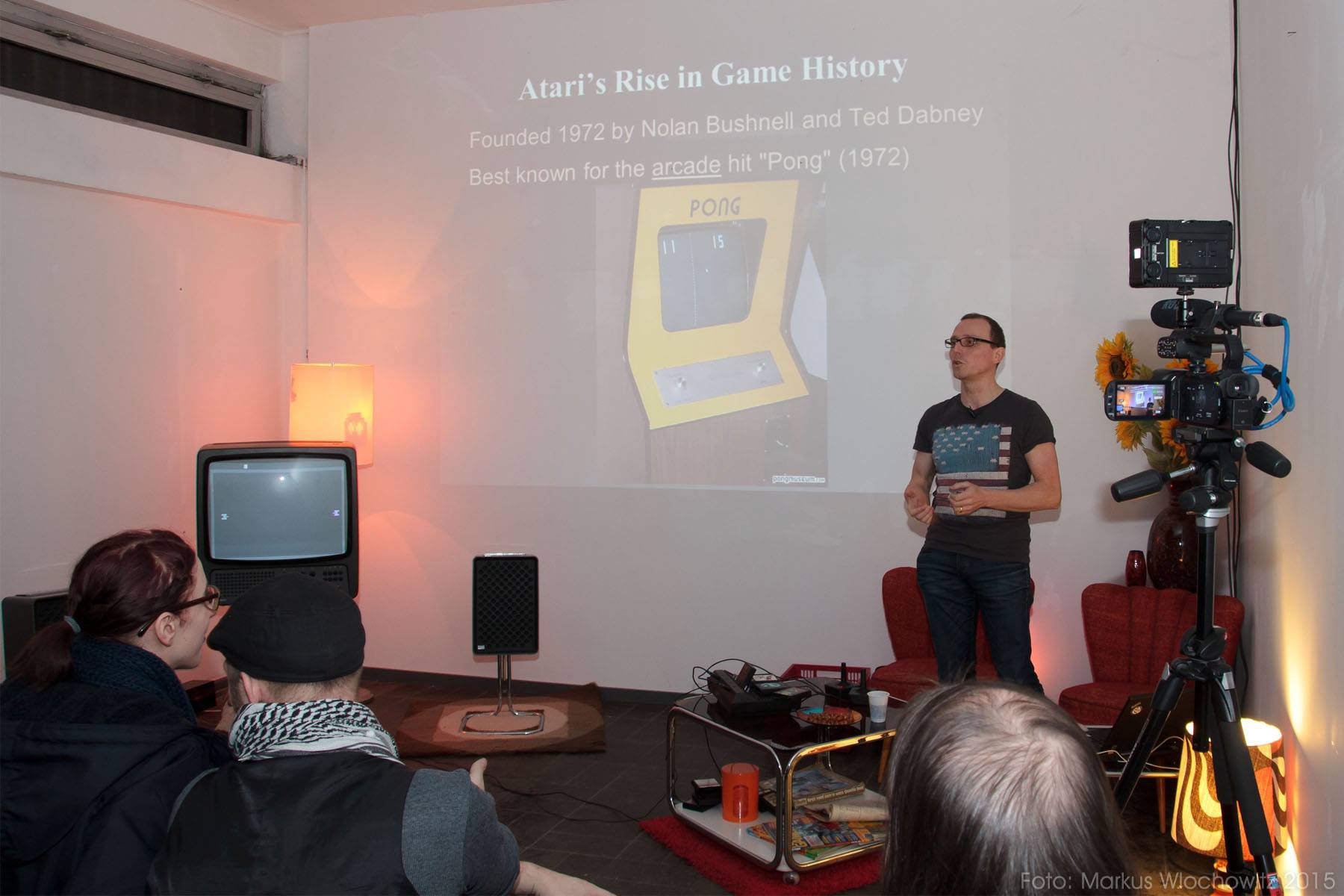 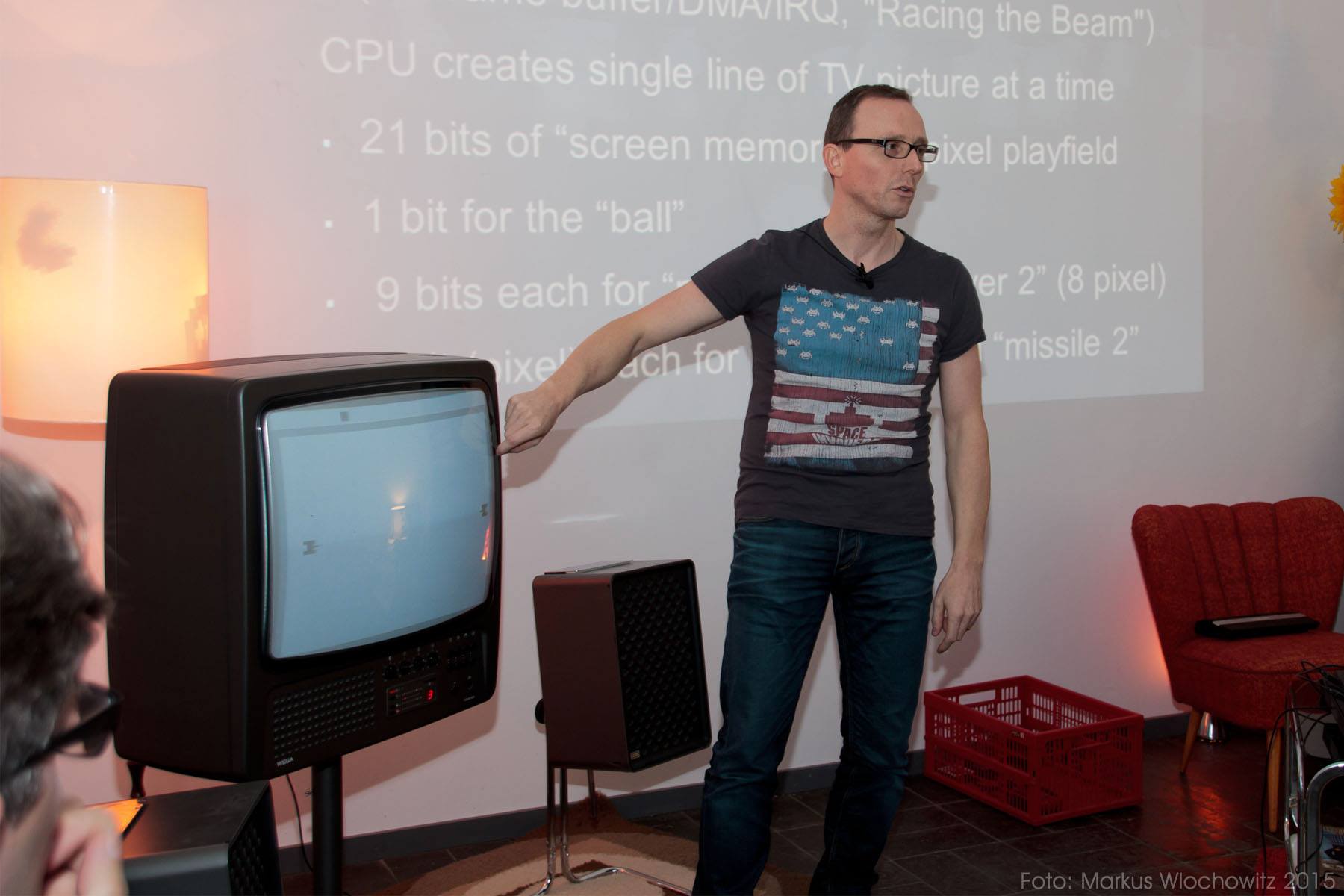 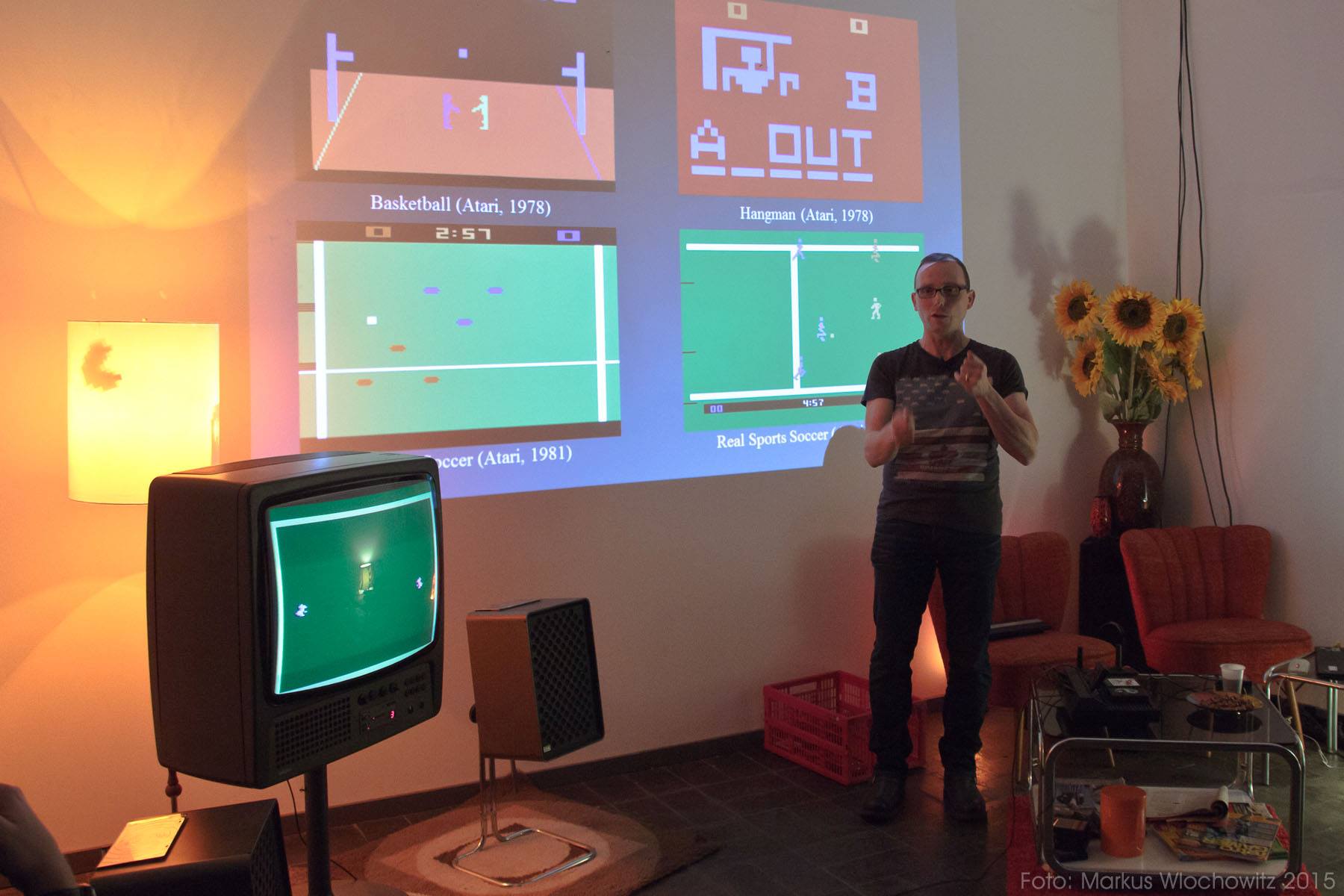 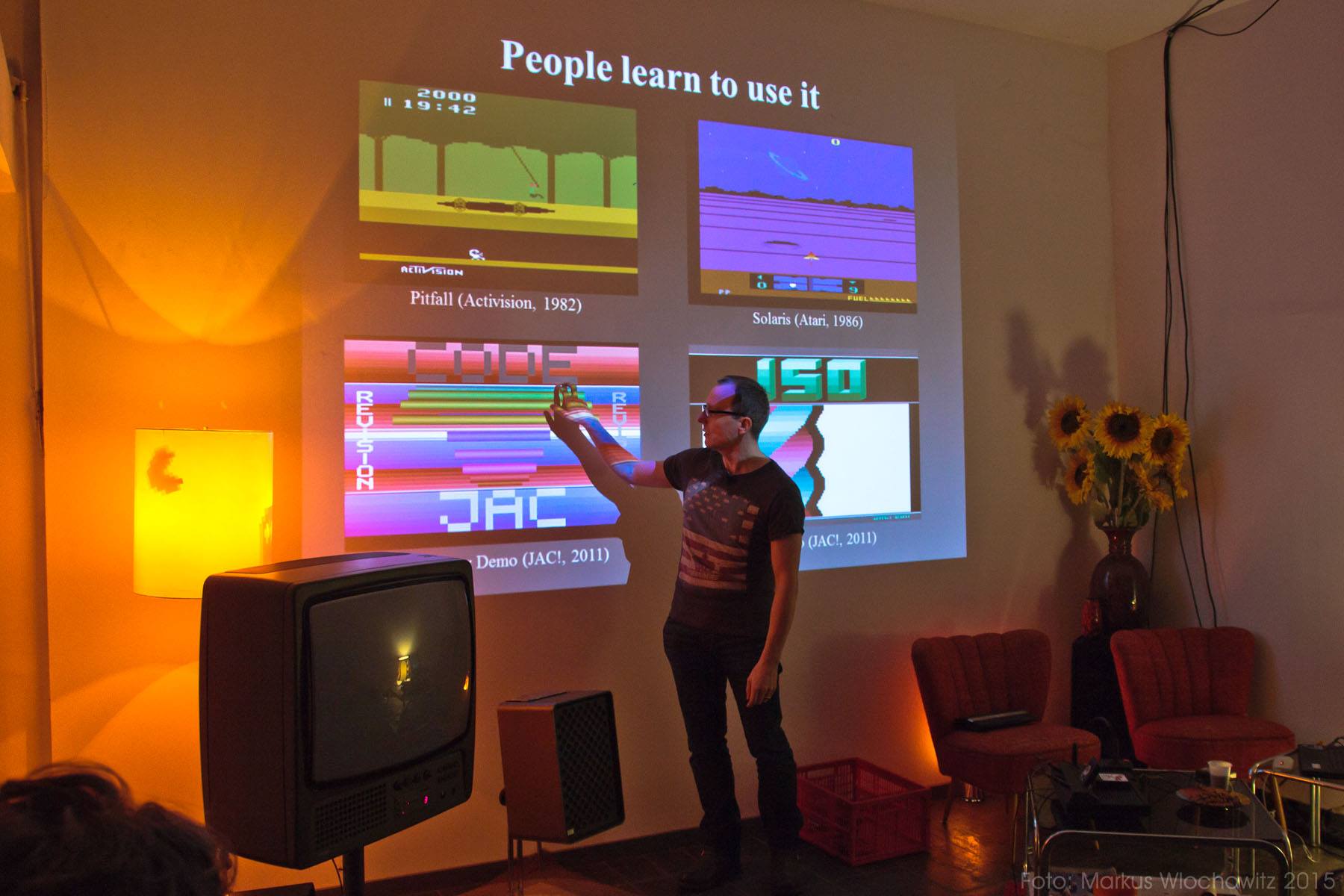 In November 2016 I had the unique opportunity to give the presentation at the European Solidarity Centre in Gdansk as part of the Silly Talks at Sillyventure 2016. 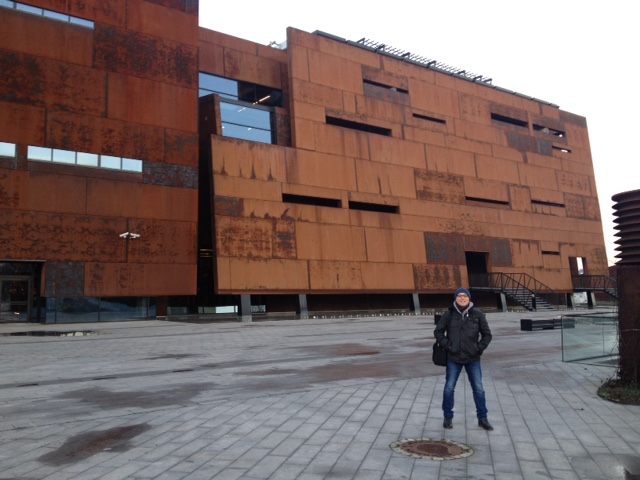 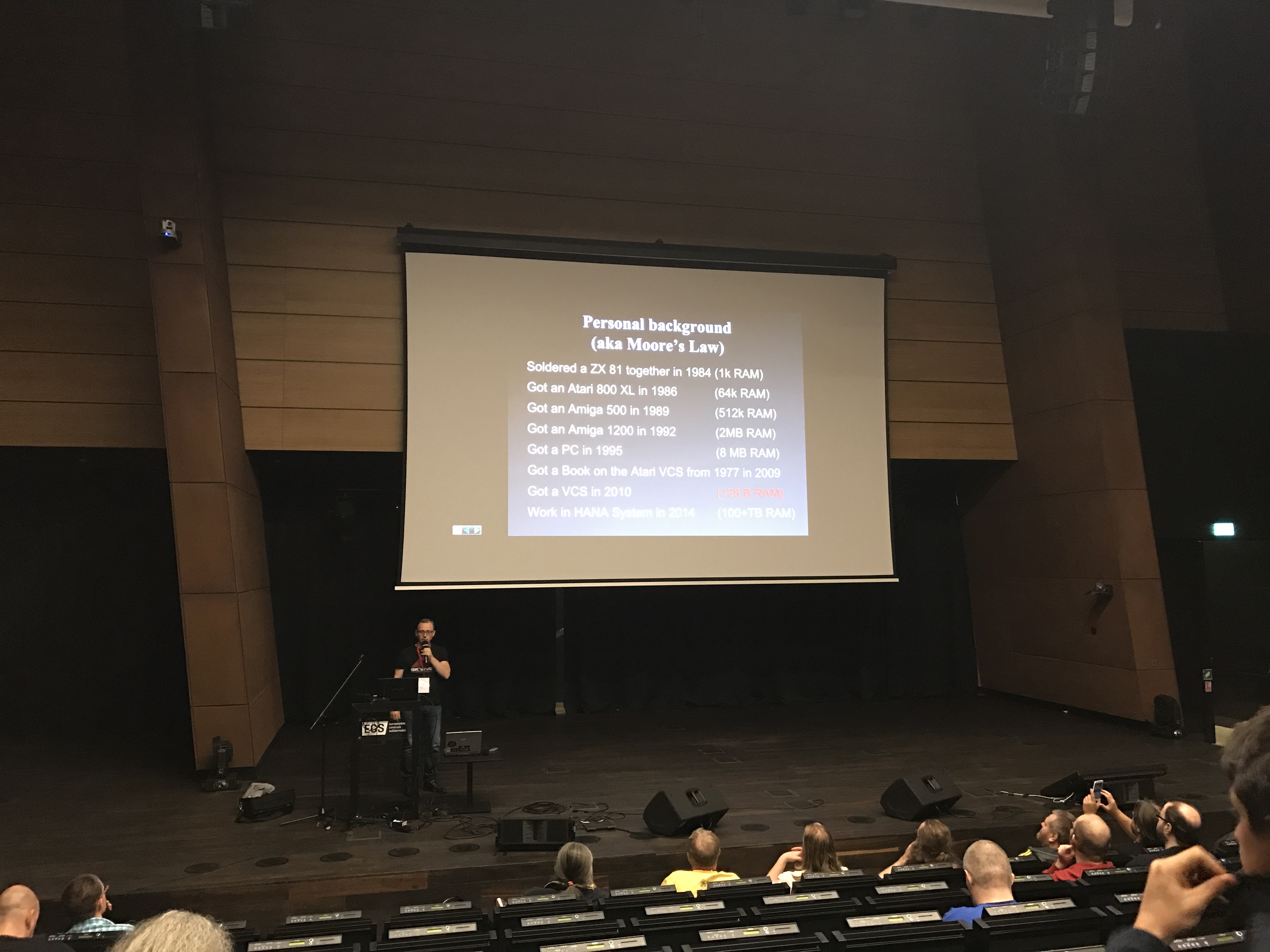 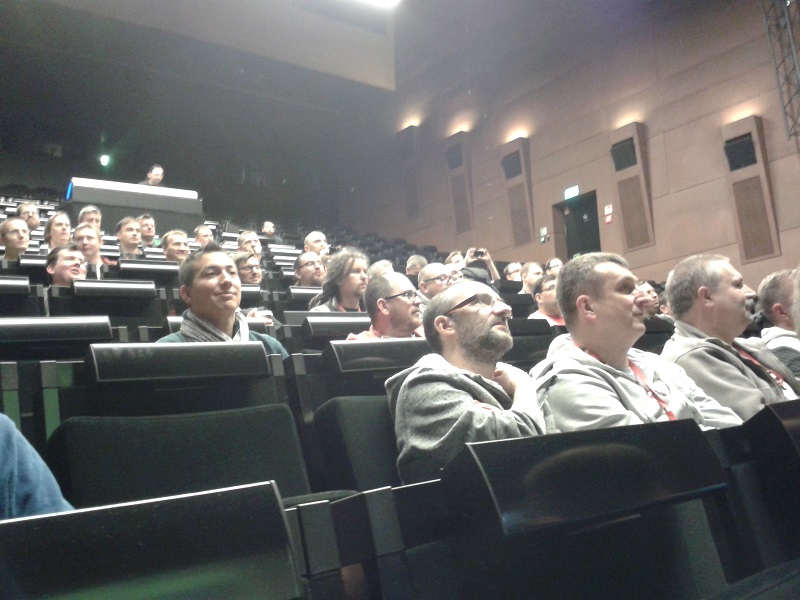