Given the fact creating music on the Atari VCS nowadays also requires coding skills, the solution is most often option 3. Therefore it essential to have real music trackers which allow musician to be creative without coding.

Kylearan also held a nice seminar about music and trackers for the VCS at Revision: 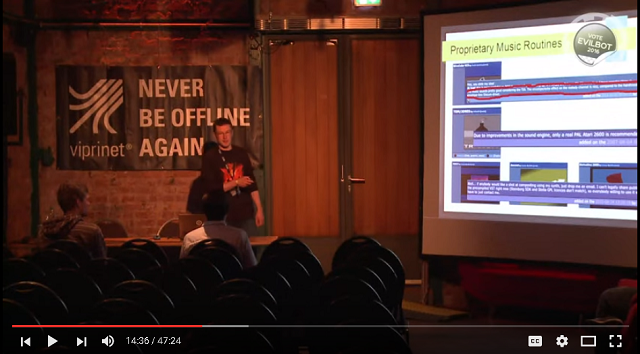