When Grey and I discussed the compo rules for the VCS compo, I also suggested limiting the cartridge size to 8k. On the one hand, 8k was the typical size of many real cartridges. On the other hand, 8k can be filled within some weeks for sure, so I won't spend so much time on the demo. And in fact, all effects were ready after 6 weeks. And they took 12k. Damn. Consequently, I spent 4 more months reworking and coding in order to squeeze it into the 8k boundary. At the same time, I was hoping and waiting for Jakub Husak to complete the tune for which I had reserved 1k. The first deadline passed and on the night when the extended deadline also passed, Jakub sent the final tune. After 1 hour of tracking down a bug in the player routine, it compiled properly and reported: 335 bytes free. WHAT? 335 bytes free? I cannot release an 8k demo with 335 bytes free. So I sat down and added again most of the stuff and details which got removed in the months before. 4 hours later, i.e. 2 hours after the extended deadline, I sent my mail to Grey ... who had extended the extended deadline meanwhile ... thanks ;-)

The result is ISO which went 1st place in the first VCS-only demo compo in history. 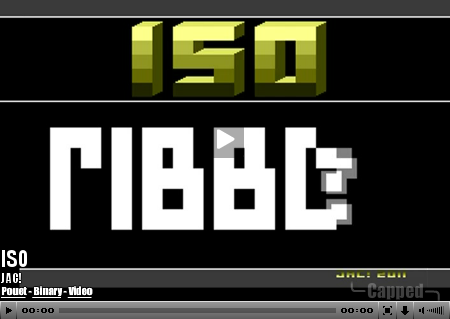 It also climbed up to 3rd place at the top of the month of Pouet and received a lot of nice feedback. Thanks for all your votes! 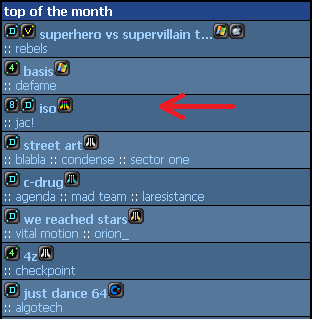