WUDSN ursel - or short WUDSN - is a demo group founded in 1991. There is an explanation why the group and the site are named like that, but that's a different story you can find in the FAQ. For the time being it should be sufficient for you to know that I, Peter Dell aka JAC! am one of the members ever since. I have created this website to offer my tools and productions and to share the fun I have had for more than 20 years now with my Atari-8 bit computer and other classic computers. To learn more about me and what I'm doing, check out this personal interview that I gave for ANTIC - the Atari 8-bit podcast. 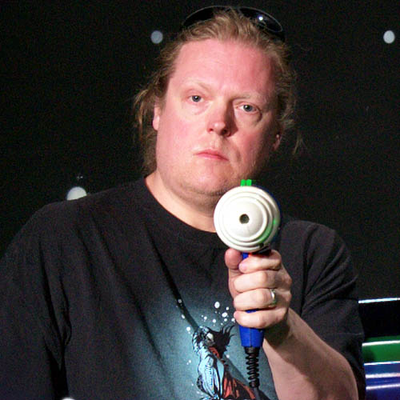 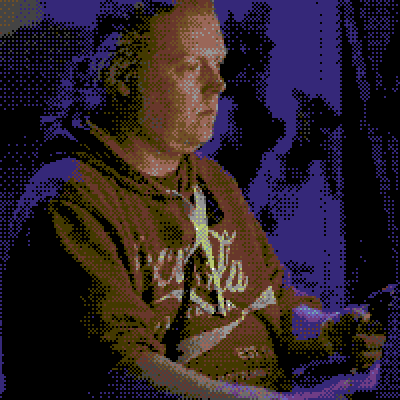 Our longtime 2nd chairman Alfons Klüpfel left this planet on 2021-06-03 and went on his way to other dimensions. We don't know if he will travel first to Terry Pratchett's Discworld, or to the planet IRATA, but he will be missed. As a haven of tranquility, an open ear and advisor at our meetings, as an initiator and drive of projects, and a tireless translator and author for the ABBUC magazine. We will not forget Alfons, his work is visible in all areas of ABBUC and will remain so. Here is his advice for us:

"When you think of me, don't be sad. Rather tell about me and dare to laugh. Leave me a place between you, as I had it in life." 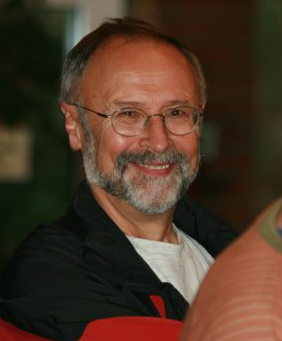 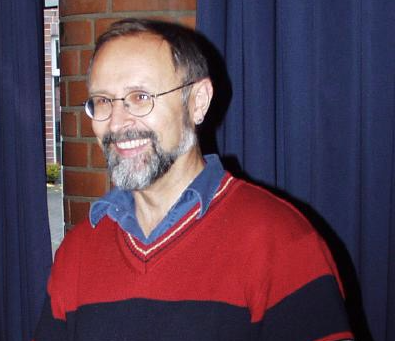 Back to the Future

Today I found a funny picture taken at the A.B.B.U.C. annual meeting on October 26, 2019. I was wearing my 1980's CASIO CA-851, as one should at a retro event. At some point, I was wondering about the date and pushed the date button and I was struck by surprise. It was the "THE DATE", the very date when Doc Emmett Brown and Marty McFly went back in time on 1985-10-26 in Back to the Future. So why was my watch doing that: Well when the watch was created in 1980, nobody thought it would be used after 1999. So they only used two digits for the year and hence 1999 is the last year you can set the clock date to. My solution to the problem is to use the perpetual calendar. I set the clock every new year to that year between 1980 and 1999 which uses the same sequence of weekdays. And for 2019 that was 1985. So I literally went "back in time" myself that day, to the year when the future was about to begin. Because in 1985 I bought my first computer :-) 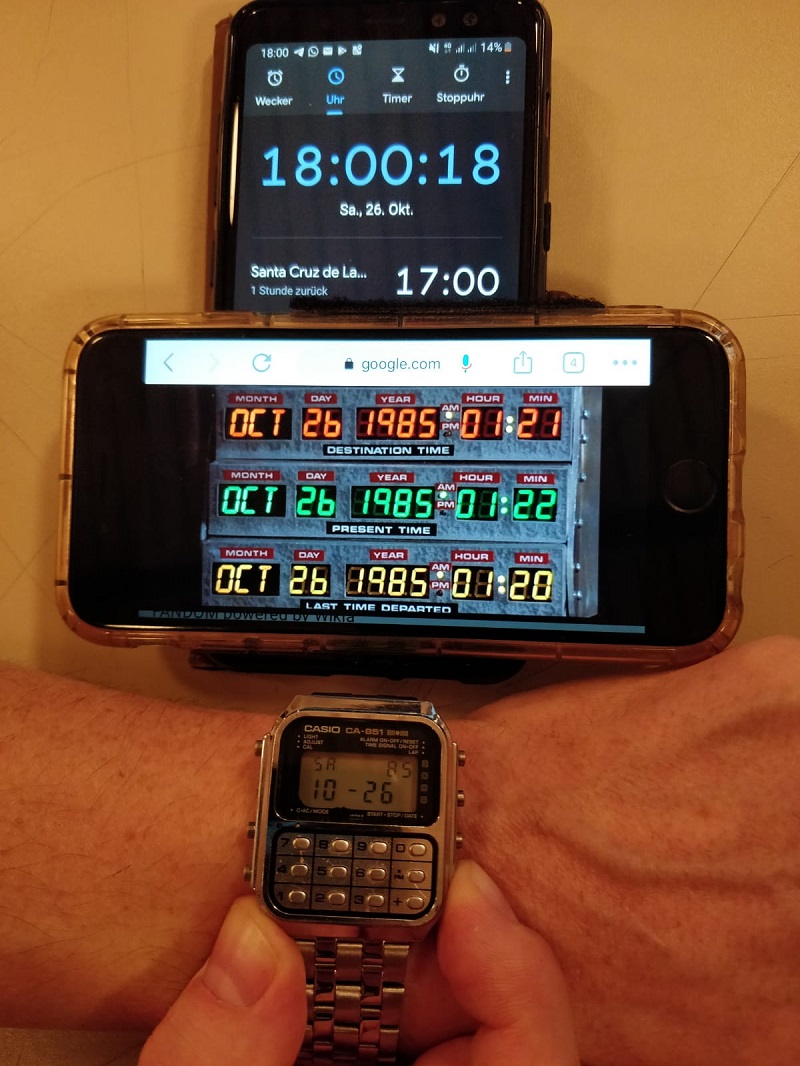