Making the Atari 800 Compatible with The!Cart, MyIDE II and more

On pin "S" of the cartridge slots of an Atari 800 there is not the PHI2 signal attached as on all newer machines. Instead there is RAS signal connected. The falling edge of PHI2 and RAS is nearly the same, but RAS is much shorter low than PHI2. The logical, since there be some time for the CAS signal, too. This is the comparison of the signals on the scope: 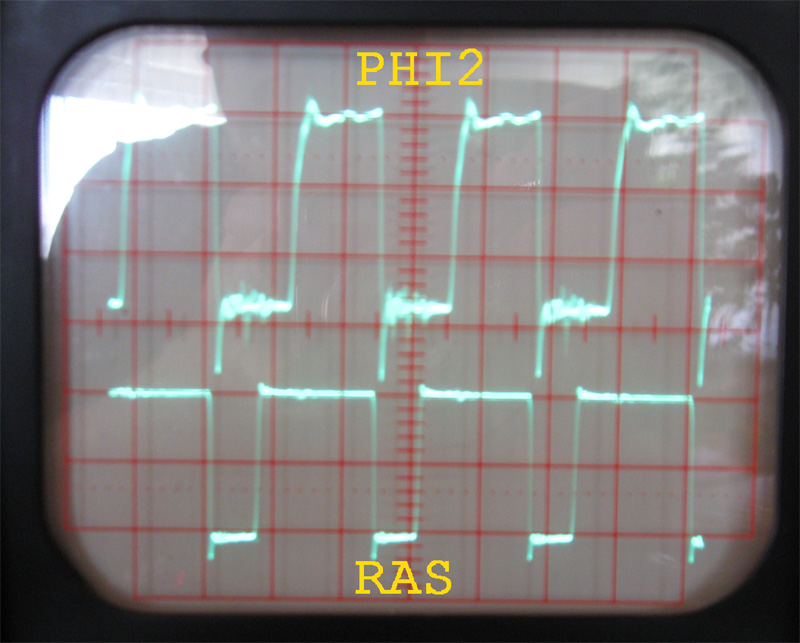 The most viable solution is a small modification that makes the Atari 800 compatible with the Atari 400 and the XL and XE series. This modification connects PHI2 instead of RAS to pin "S". No problems have been reported running any kind of Atari 800 cartridge with the modification installed. Even original cartridges that write the cartridge like "Telelink II" still work fine. If you want to do this patch by yourself, here is the easiest way.

Then connect pin "A" and pin "S" on the "right" cartridge slot together as shown with the yellow wire. Then cut the RAS trace at the location marked on the right. 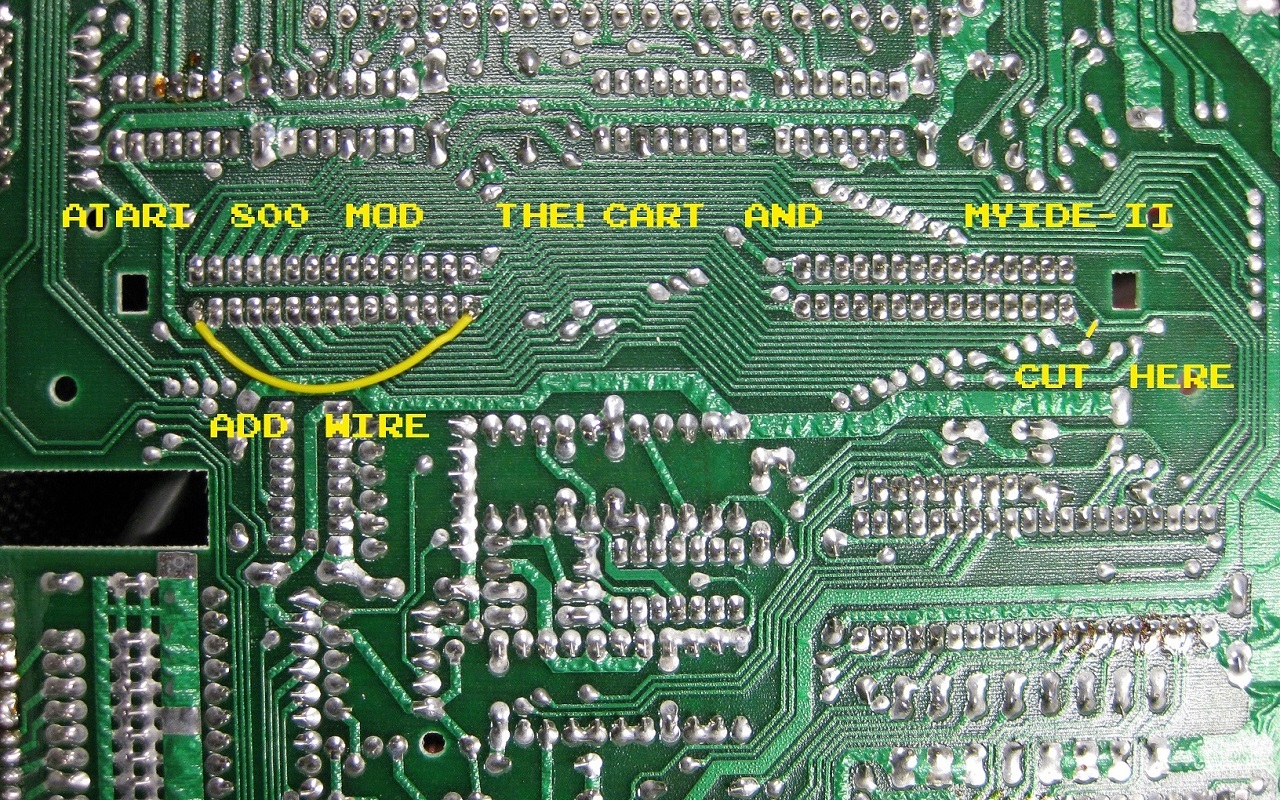 Alternatively, in case really really do not want to change something on the PCB on the Atari 800 there is also an alternative. You can use a 2nd cartridge in the right slot to get the correct PHI2 signal from pin "A". Then you can feed it directly to the corresponding pin of the PCB of the left cartridge. Of course the connection of the pin on the left cartridge to the module port connector must be cut in this case. On the PCB of "The!Cart V2" you find two small pads which have been prepared especially for this purpose. It is labeled with "for 800 PHI2-MOD! cut here". Cut the connection between the two pad and solder a write from the pin "A" of the right slot to the upper pad. 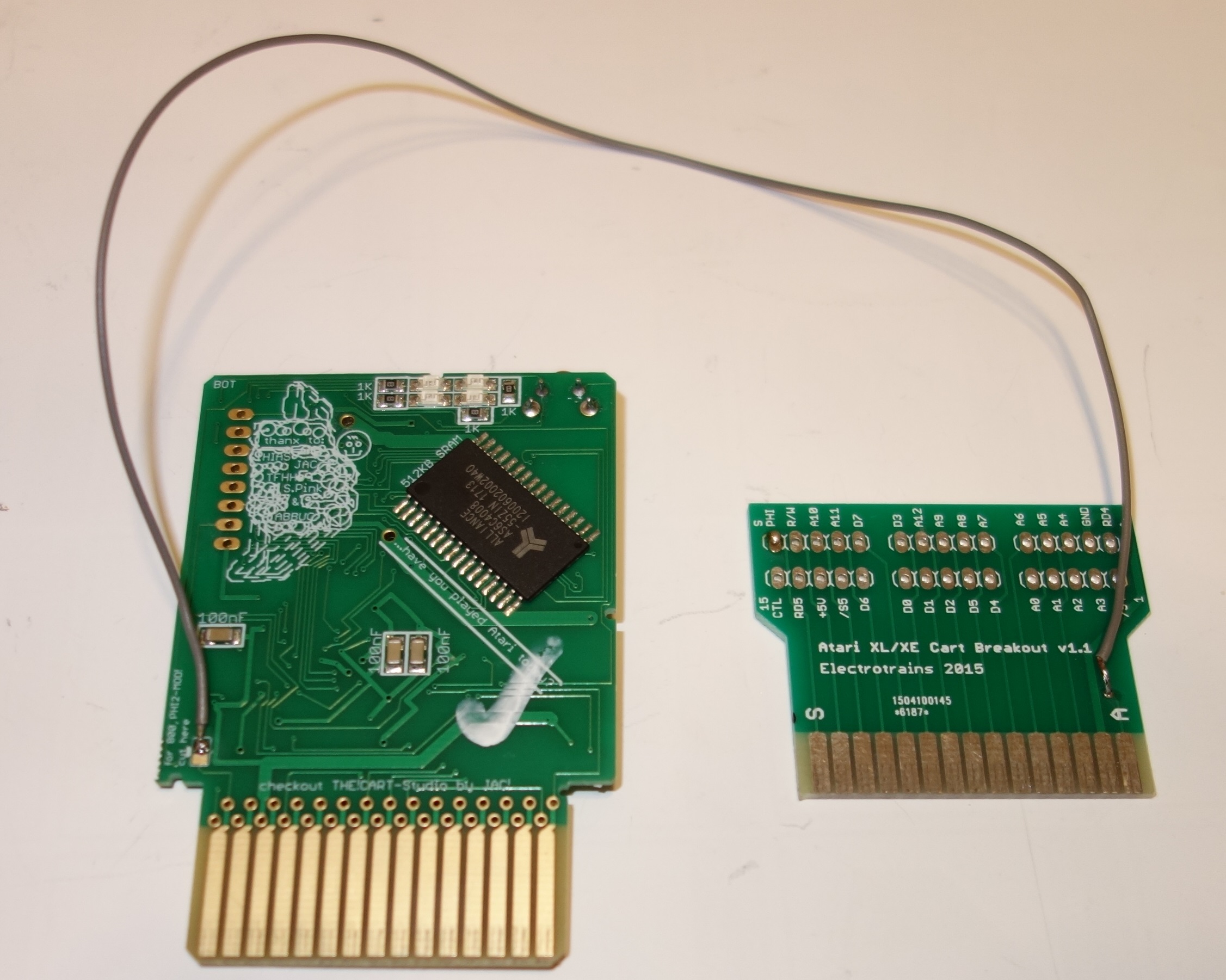 That's all. Both mods are independent of which TV system you have, it works also on NTSC as on PAL or SECAM.

If you have further questions, you can post in the related AtariAge thread.