As you can see it took far more time but now the features tab is updated. I have added all the new features of version 1.4.0 and also the features from version 1.4.2 which is going to be released next weekend. Originally I had planned to use "PNG" as the file format for the conversion files of the graphics editor. The idea was to store the converted image as thumbnail in the conversion file itself. This way you could have watched the conversion files in the Explorer directly without creating separate image files. I got the idea from the nice game Crayon Physics which I bought some time ago. There they use the "tEXt" chunks of the PNG file to store the level information together with the level map thumbnail. Unfortunately it turned out that - even after tweaking the registry - Windows refused to display thumbnails of PNG files if the file extensions was ".cnv" and not ".png". And since I want to keep the focus of this project I decided not to start creating C# code or DLLs to make that work. So I had to revert all my changes for the file format and that is the reason why there is no official version 1.4.1. 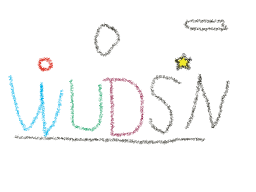 A major enhancement of the forthcoming version is the result of the past two HomeCon parties where I met many very nice people using Commodore machines. Some of them were very interested in WUDSN IDE an Draco provided me the ACME compiler and samples source (after he actually bought an Atari 800 XL, too ;-). So I added the support for multiple types of hardware, i.e. besides Atari 8-bit compilers now also C64 compilers and emulators can be added. 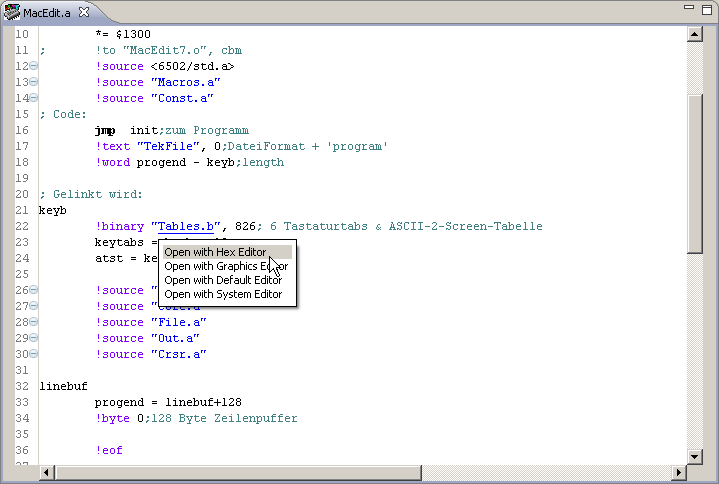