My passion is coding- And whenever I came across a game that I liked in my life, I immediately tried to take it into pieces and find out how it works using monitors, hex editors, freezer or screw drivers. There are actually not many games that is really played. But one of them the "The Legend of Zelda" series, starting with the original "Link's Awakening" that I played on a grey brick with monochrome display 2 decades ago. Every since I've tried to play every Zelda game on every Nintendo console. Currently I'm playing "The Minish Cap" on my DS and I'm almost done.  And here a nice surprise which I found on Indie Retro News and wanted to share with you.

"What an incredible end to the week especially for Zelda fans across the globe, as BS Zelda no Densetsu, also known as 'BS The Legend of Zelda: Ancient Stone Tablets', has received a full English dub restoration. If you've never heard of the game, which until today included me, it was a score attack version of 'A Link to the Past', featuring high quality CD music and voices, but had to be played during a satellite broadcast. This rather jaw dropping release on the SNES according to Romhacking, is a full 4 hour English dub restoration available in both the original music arrangement and a custom orchestral arrangement. It also features a full voice cast including professional voice actress Kira Buckland (Danganronpa, Disgaia, Skullgirls) as Zelda, and is even playable on real hardware with a sd2snes."

Here's just a small screen shot and it looks great to me. Read the full article on Indie Retro News and visit the The BS Zelda Home Page for the download. 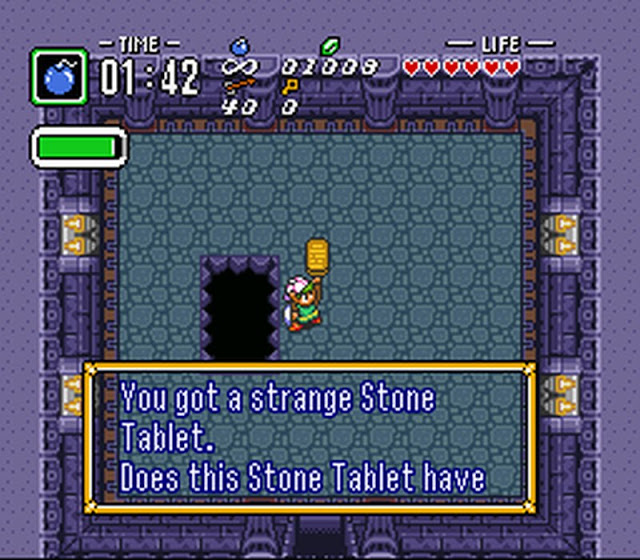